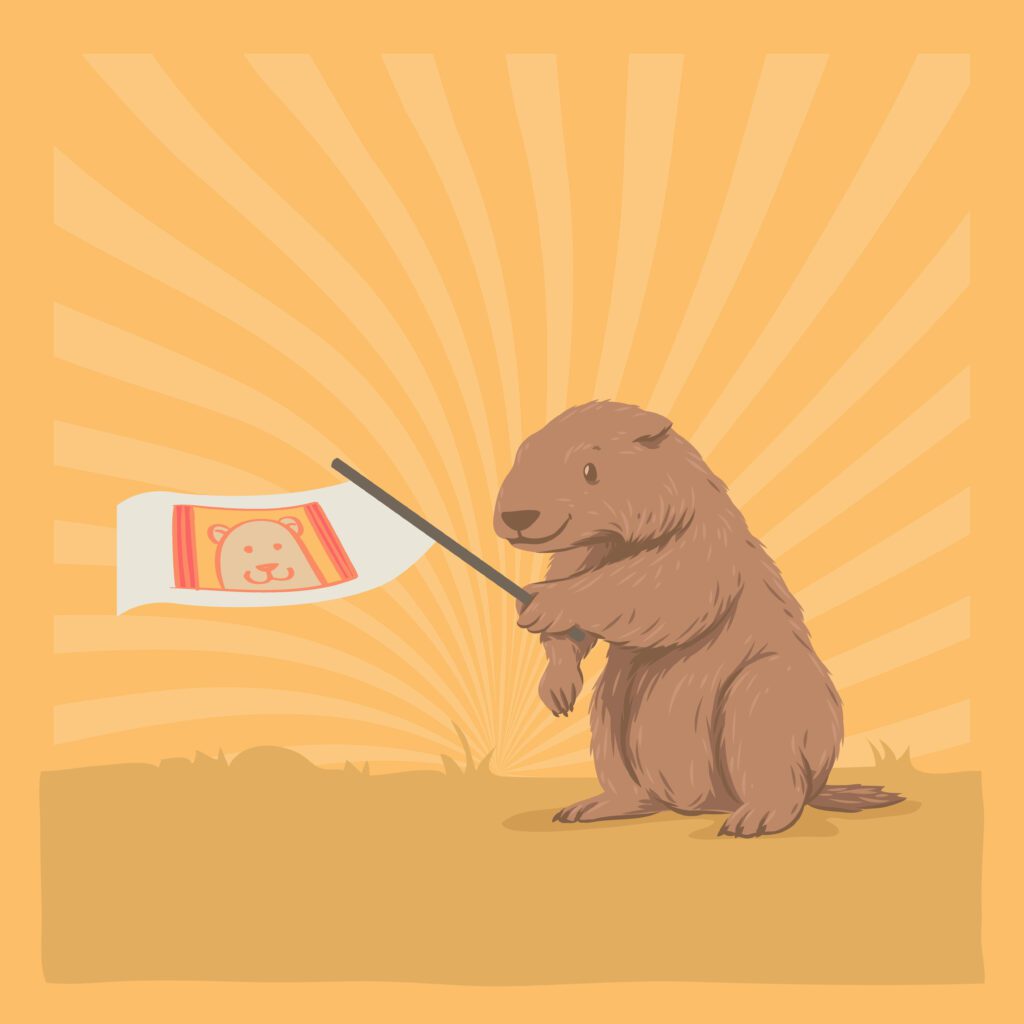 Punxsutawney, PA 6:00 A.M.— Tens of thousands of people are in a wooded hollow in north central Pennsylvania to watch a groundhog predict the weather— a feature not typically associated with large rodents. Getting into the spirit, we found an interesting Washington Post article that cites a 1985 academic journal article asking some appropriate Groundhog Day questions:

As a PA resident, I wake up every year to watch this meteorological malarkey. And I must say, these questions never came to mind. As a child, it was an exciting day at school filled with coloring and songs. But as an adult, it’s more like WTF.

Anyways, let’s get through this hogwash together, shall we?

Why has such sentience been attributed to the groundhog?

Since the beginning of time humans ascribe weather prediction abilities to animals. Rats and snakes leave their homes to find safety before days before destructive earthquakes. Frogs get more annoying by croaking louder and longer when a storm is on the horizon. And “when sheep gather in a huddle, tomorrow there will be a puddle.”

Then we have groundhogs.

On February 2nd, the immortal Phil is yanked from his burrow by Mr. Monopoly looking men to make the forecast for the next six weeks. How? Via shadow, of course? Once it’s been decided if Phil has or has not seen it, his handlers hold him up high to announce whether spring is just around the corner, or if we are stuck in winter.

The historical article tries to clear this up:

The exceptional feature about the groundhog in this regard is that its meaningful behavior occurs on but a single day. Also anomalous is that groundhogs do not normally come out of hibernation until late March or April, although the formula calls for an early February awakening. One is tempted to conclude from these facts alone that we are dealing less with a natural sign in the case of the groundhog and more with a cultural symbol. Ultimately, we may not be dealing with the groundhog at all.

How did Punxsutawney come to identify itself with the groundhog?

This whole scheme apparently started with a freaking picnic.

The historical journal explains in the late 1800s in Pennsylvania…

… groundhogs were plentiful. They were shot at or trapped by farmers who saw them as pests, and by others practicing their marksmanship. The carcasses often ended up as food for dogs or scavengers. In the nineteenth century, however, some esoteric connoisseurs in the vicinity of Punxsutawney were serving groundhog to visitors as a special local dish. Dinner guests were reportedly pleased at how tender the marmot meat was when properly prepared, tasting like a cross between pork and chicken. Around 1889, groundhog meat was served at a banquet at the Punxsutawney Elks lodge. Several Elks and others then began gathering one day each year in late summer on Miller Stoops’s farm on Canoe Ridge south of town to capture and feast on groundhog. This group became the nucleus of the Groundhog Club, and was recognized as such at least by 1899 by some accounts.

Mmm. Next time you’re driving on the PA turnpike and see a groundhog completely mutilated on the side of the road, remember that it was once a delicacy.

And what has this identification to do with local enterprise?

The National Centers for Environmental Information tactfully explained it like this:

The trail of Phil’s history leads back to Clymer H. Freas, city editor of the Punxsutawney Spirit newspaper. Inspired by a group of local groundhog hunters — whom he would dub the Punxsutawney Groundhog Club — Freas declared Phil as America’s official forecasting groundhog in 1887. As he continued to embellish the groundhog’s story year after year, other newspapers picked it up, and soon everyone looked to Punxsutawney Phil for the prediction of when spring would return to the country.

But when it comes down to it, flipping a coin may be as accurate as Phil. Since 1988, he was “right” 14 times and “wrong” 16 times. In other words, only 14 times did the national average temperature for the remainder of February match what would be expected based on what the groundhog predicted.